The only real problem here is for solo and non carrier people on red for awhile. They could gear up with speed gear but there isn't a lot of that on red right now.
The more established big time players will be ok with their carriers but the newer lower level guys going to hurt for awhile.
I would suggest maybe upping drop rate of boe speed hulls and speed harvesters, heavy on the boe, perhaps. So people can get into some speed stuff for farming.
In the long run i think it would be good. Help people on red get ready for a possible server merge and 3.5 carrier speed changes.
Won't be such a big piss off to them if they already got some gear from rifties or whatever to help with that.
Some lcd v5's and exoprenes etc...
ORRRRRRRRRRRRRRRRRRRRRRRRRRRRRR
I've always wanted to see new drives :D
Uses radioactives to move like a neutron drive.
Would move you at 2.5 but they emit radiation that makes you more vulerable to damage. Changes based on rarity. Less damage at higher rarity.
or fusion drives
same idea 2.5 via use of radioactives
The incredible amount of heat they generate causes them to only be able to work for a few jumps at a time. Maybe 4 in a row. Then it craps out and you're at slow speed till it cools off. More jumps or lower cooldown at higher rarities.
then warp drive
Works like a skip drive. Uses organics (like the juicer thing in back to the future) ;) Uses a lot of organics depending on rarity.
Like 15 organics gets you a skip jump.

Can we do the instant jump thing again? I want to have my HC do a lap of the server :)

Bliznit
Can we do the instant jump thing again? I want to have my HC do a lap of the server :)

I mapped the farthest away spot in black that i didn't have mapped. :) that was fun. I would love to have that back for a bit.

Why is the precursor ndrive on grey no repair? Just wondering. 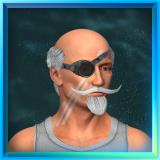 This is interesting with the new speed on ndrives; I don't know if I like it or not. Kind of makes them pointless for fleet pvp now; you can't catch a speed fleet going 2.7 sec, so why not just keep the benefit of being stealth and go 3.5? Also really makes it mandatory to farm in speed gear; no slapping on ndrive and still having a decent chance to get away from a fleet if you go out solo farming for a bit. Granted they are still great for RGB servers since you only have a small chance at coming across a fleet while farming anyway. lol.
Honestly, seemed like just having them non-repairable seemed to be balanced enough; made it where there was significant cost if you died in one. I like idea of maybe getting a - hit chance penalty as well.
As I dwell more on this, avoiding actually working, does it even make sense to still have ndrives if they don't offer 2.5 sec jump? This is an honest question, is it a piece of gear that even needs to be in the game now? Maybe someone with broader vision enlighten me as to what place they will hold in the tib universe? outside of solo farming on RGB, I really don't see a practical use for them. 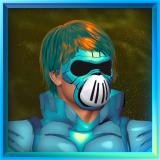 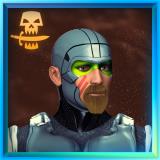 pandering to the elite? hell the common give aways are faster than these. Your gripe is invalid.
And with the bd sale Sins and Reapers ARE half price, as per your suggestion.
New players won't stay interested cause you're giving them shit or making life all easy for them. Don't know where you got that impression?

As I dwell more on this, avoiding actually working, does it even make sense to still have ndrives if they don't offer 2.5 sec jump? This is an honest question, is it a piece of gear that even needs to be in the game now? Maybe someone with broader vision enlighten me as to what place they will hold in the tib universe? outside of solo farming on RGB, I really don't see a practical use for them.

It is a good point. Before you had people just using them for non stealth 2.5 hunt stacks with heavy gear on. Or just soloing.
I get the point that speed gear isn't in demand as much. However, switching everyone to using pea shooters and speed gear vs slow hull and big guns doesn't really fix the problem.
There are a lot of casual players in the game, they don't have carriers or other expensive gear. They have their all-around gear they use for everything. The 2.5sec ndrive was good to a least give you a chance when a 2.5 stack showed up.
As much fun as it is to put on a gimpy 2.5sec speed set and hop around solo farming it would be much nicer to have , in my case, my big gun and hull on so I can farm without it costing more in gear repair,mets and time then the farming was worth.
That's why I proposed the -hit chance as an alternative. Or even make it another speed drive altogether. Have it be less effective or even ineffective vs players. Like fission drive uses radioactive resource but you take a -100% hit chance against players and big evasion boost. Could even make it run faster than ndrive. Then the farmer types could farm away and have at least a decent chance of avoiding being sniped. It would end a lot of QQ from the farmers. Probably piss off a bunch of the pvp hunter types. It's not like they couldn't hook/stun kill someone in one but it would take more effort on their part.
The Fission drive
Background. Prized by farmers and roiders of every coporation. Their speed and low cost of use allow for maximum profits.
The downside being that the radiation emitted by their use. The radiation can be harnessed by proprietary earth corporation technology to render the targeting system of a ship using one ineffective. This system has been built into all ships manufactured or modified by both earth and alliance planets.
As a side effect ships targetting a fission drive equipped ship also have a slight disadvantage. The radiation effectively lowers the accuracy of attacking ships acting as sort of an evasion boost for the user.
Accuracy is not such an issue when fighting most pirates and aliens as they lack the top secret proprietary technology. However, dread class vessels found in the rift do have this technology and should be avoided.
Fission drive
Uncommon
Uses 1 radioactive every 3 jumps.
Reduces hit chance vs players to zero.
Passive effect of evasion +50% vs players.
Just an idea. I'm going to stick it in it's own thread just cause.

skarybaker
As I dwell more on this, avoiding actually working, does it even make sense to still have ndrives if they don't offer 2.5 sec jump? This is an honest question, is it a piece of gear that even needs to be in the game now? Maybe someone with broader vision enlighten me as to what place they will hold in the tib universe? outside of solo farming on RGB, I really don't see a practical use for them.

With a single uncommon item you can move at 2.7 speed without HyperDrive, with the biggest hull and gun, and with no wasted points invested in speed gear.
I'm sort of confused how anyone could see this as anything but incredibly powerful. It radically alters multiple gear strategies.
Everyone also told me Battle Ram was worthless when I first introduced it... I've learned to take the community's first impressions with a grain of salt.