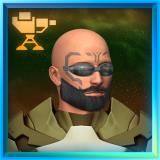 This is Rakk, I've been around for 5 years with Whalesong/Spellbook and have an amazing amount of regard for both many of my friends within TIB who have been like family to me, as well as to Spellbook and Mythy (she's always been great with me and quite understanding with refunding BDz on engineering I've botched. ;-)
I don't play all the time, but I've played a lot and so I thought I owed you all a few thoughts that might help the community.
We all know that 2 realities exist for the player base and the Spellbook developers and staff.
In regard to Spellbook, I acknowledge that new content requires resources and man-hours. This also requires people to work on these projects because there is no known AI Model that will self-develop software as complex as TIB. So either employees or volunteers are needed and each of those have their particular roles requirements both legally and ethically.
This being said, The Infinite Black (TIB) is finite in what players can do at this point, and I'd not belabor what experienced players already know. I want to focus rather on some concept solutions.
Framework for Missions/Rewards - A Needed Dynamic
We've discussed Mini Missions, NPC Hunts and Stronghold/Bust dynamics, etcetera, which would result in BD and/or credit rewards for the entire fleet. I think this needs to happen. BD's need to be deposited into player accounts for certain achievements on a regular basis in smaller amounts, 5 here, 10 there (with a glass ceiling of X amount per week for these BD deposit activities). These type of structured events ensure that all players are equally rewarded by Spellbook for Spellbok missions, like an achievement per se, but rather a time limited event.
This concept is really a framework to add more structure and reward for the sandbox/MMO/PVP world. This is especially true for drivers and players who like invasions, but would welcome something different.
This does not take the place of farming, nor will it take the place of invasions, rather is an additional Event that a Leader and Team can embark on to help increase the game dynamic. Like a fleet, the leader and crew move to complete the mission or tasks, which will require different specials to be successful.
Rules for the Ship Size, Equipment Change after Embarking, and all other details are Event dependent.
Paired Specials
I will introduce 2 new Paired Specials. These paired specials can be specced mostly as gun and special combinations that give some members of the team a group advantage. When thinking about these items, I thought about various useful tools we don't often employ like WAA's, the game doesn't reward like Rescue Technicians, and how to break the stalemate of some of the activities, while enhancing others.
1. The Federation Pararescue Kit:
This set includes a 3 sec FR-M90 Extractor (a Rapture hybrid gun which has +6-21 grapple, +healing, +splash healing qualities to friendly ships.This was reverse engineered by the Federation to deal with the Dread Wyrd infestation. The special enhances the ability to grapple the captured ship, and enhances healing. The pair offers a speed reduction that allows for achievement of top speed with multiple gear sets.
This gun when shot grapples and heals friendly ships and causes small splah damage to enemy ships. Imagine the qualities of dragging 2-3 friendly ships with 3 sec heal capability, but with only minimal and neglible damage splash to the enemy. While farming with this set would be less advantagous then farming with a tank or tech, the benefits of such a device are noteworthy for PVE and PVP applications.
2. The Wyrd Seed World Pulsar Cannon:
A The Wyrd Seed World Pulsar Cannon (20 sec cannon on par with Ophidian/Matter Inverter), and Pulsar Beam Inverter has qualities similar to an Adv Muni, however it is a sub-fleet leadership Special...it takes a fleet of at least 10 to fire, and draws on 5 randomly selected ship's and consumes their cool down timer.
The Wyrd Seed World Cannon draws damage based upon aggregate/average min/max of 10 ships, multiplies it by 1.5 to 3.5 times, and has a +2-10 to hit on 5 ships, causes them to lose 20 percent evasion for 30 seconds. All ships used to draw the Wyrd Seed World Pulsar Cannon ships lose cool-down for 20 seconds.
Cool-down for the Wyrd Seed World Cannon after discharge is 40 seconds with a decreasing cool-down per rarity. The Pulsar Beam Inverter is required to draw on 5 random ships in fleet given that 10 ships are currently in sector. Imagine 10 ships with 5 of them drawing into a single beam dealing incredible damage!
The Pulsar Beam Inverter will pull from 5 random ships in sector, to include any DPS, tanked, teched and BFG ships.
These specials are actually quite good for Player vs. Player or current Player vs. Environment and adds a kind of Special Operator status to the rescue technicians. I was in the U.S. Army as an infantry NCO (11C20), with the 101st ABN, and the 1st ID. I conducted my fair share of direct and indirect fire support with three deployments between two enlistments including OIF II. I can tell you Grunts love their Doc's...TIB should too.
CAVEAT: During PVP the current game mechanics only allow for combat points for killed ships. Combat points can be coded for technicians, and specifically for members wearing set ups who grapple friendly ships and heal them.
CAVEAT: The BFG drawing on other ships for a super powerful punch has a potentially lethal effect for targeted ships at the cost of longer cooldown. Mechanics have to be looked at to make this advantageous while also seeking balance and reducing power creep. It also gives the impression of a "group special", and coding should be invested to protect against abuse through multi-instacing, i.e. 15 ships multi-boxed for 2 Wyrd Seed World Cannons should not be doable.
Let me know your thoughts and thanks for reading.
-Rakk

Thanks for posting this -- I'll read it over thoroughly tonight. 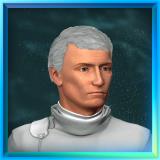 This is brilliant Rakk.

howlin
This is brilliant Rakk.

Those are both pretty cool ideas. I like the idea of paired gear for extra bonuses too. That's new ground for TIB, but common in a lot of other games.
Even something as simple as limited edition gear sets that combine for a bonus would be a neat addition. 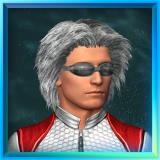 CAVEAT: During PVP the current game mechanics only allow for combat points for killed ships. Combat points can be coded for technicians, and specifically for members wearing set ups who grapple friendly ships and heal them.