being a small alli u have to fight smart. there is basically nothing the devs can do (besides lowering corp/alli member limits) to help ppl who chose to be in small allies. with that being said as a lead who has had a very successful small alli in the past i can tell ya u have to more cunning then the big allies.
1 dont hc its just not worth it. it gives very lil and takes way to much work. it paints a target on ur alli and cluster.
2 hit and run hunt tactics are ur friend. pop a few ships and hide let the big allies form up run around and get bored then go back out and kill a few more once they park the hunt groups. u have the advantage here. ur small which means less ships for them to kill. they are big more ships for yall to kill. before u know it ur alli will be in high moral when yall are killing 10x as many of them as they are of u.
3 if they come to bust defend with every tactic u can. nova em if they bring any deflectors. beam/ram em if they dont have deflectors. and most importantly dont give em easy kills on ur ships. garry dont take neg effects when busted (besides not being able to deploy for an hr) so nothing is lost. and during that hr go hunt their farmers. now ur gunna say but we aint 2.0 without our garry. thats fine theres tons of skips out there go skip bfg popping. just remember to get safe before they show up with a fleet.
4 and it seems like yall already doing this one. build ur player base. help outfit em. train em. and build ur garrys up.
5 and most importantly make sure ur having fun. and that ur members moral is high even if being busted alot. when bh alli was a thing we were always happy and joking around even in the middle of being wiped all our members where laughing and talking shit about the enemy cuz they were having so kuch trouble hurting us in any way. now yes u will say. but it was so mich easier back then and it was but it just means more work for yall now but thats ok a lil work is good. 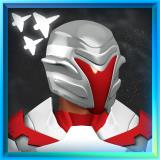 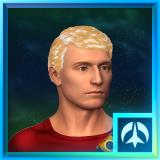 Ty griz and jperr.
Yes, richstealth, those are the sorts of ideas which may well help.
Another I thought of was putting a limit on number of high ranked garris and high ranked players allowed per alliance. Sort of force the large alliances to fragment.
For example, no more than six corps per alli. Maximum of 2 XX garris per alli, 2 XIX, 2 XVIII and below. Maximum of ten lvl 300+ players per alli, 20 200+ players, 40 150+ and 80 100+.
We would probably need some more space to fit folk in...but I have yet to see a mod give a technical reason why adding a layer isn't possible.
I know this would break some old teams apart, but that might actually freshen things up for everyone.

can't force stuff like that. won't work. when the goal of the game is to rank things up, gain levels, gain gear etc... punishing people for doing so is counterproductive.
you want to encourage balance. add something to the game that rewards people keeping things in balance.
want to keep the people keeping balance happy. give the guys trying to screw everyone an incentive.
Then you end up with a bunch of peope being the pirates and a bunch of the people playing the good guys.

Xariol
add something to the game that rewards people keeping things in balance.

aulda
Xariol
add something to the game that rewards people keeping things in balance.


whatever ozy can have manage. hundreds of ideas out there, forum is full of posts with ideas.
the best ideas, great ideas they really are terrific ideas

BTW, just think it through before you dismiss...my idea doesn't penalize levelling. It just forces a fragmentation in the powerbase which will deliver all sorts of benefits.
Meaningful politics would take place to create ceasefires between friendly alliances.
Pvp would require more skill as more enemy fleets and also friendly fleets involved in each battle.
Pvp would be more guerrilla oriented, with skirmishing and speed of driver but also accuracy and discipline of guns more important.
Smaller players would be valued more as their numbers in pvp would be more decisive.
Garrison attacks and defense would no longer be a done deal meaning more skill and more thought in gearing both attackers and defenders would be necessary.
Strikes would be more highly prized and have to be skillfully deployed.
There would be something interesting to do again for the hoards of bored top end players.
I say again though, it would require more space.

Meaningful politics can take place now. They often do.
If you want an all noob alliance, you're going to be on the low end of the power spectrum. Imo an ideal alliance would have 4 - 6 powerhouse corps and 2 - 4 newer/noob corps. That way there are vets to provide instruction and training but room to grow within a corp.
A lot of the new player retention issues could be fixed by getting rid of spies, but there doesn't really seem to be any consensus on that. Also Ozy seems pretty much in favor of spying, so not much point in making that argument again.
There's always a top dog. It's the way the game is designed. Also, the top dog always changes. In my time here I've seen it go from murk to zq to Bamf to hs. Remember when hs was the noob alli on gray?
Keep doing it and you'll be fine. Build relationships and don't complain. Gear your folks and build your garris. Save your credits for redeploy. Create funds for people to invest in that help the alliance. Hold raffles, tell jokes, make fun of Rampage.
Just because some folks roll you frequently doesn't mean we all do. And I make a point of wearing my Eva set when I am in a roll team against yall so you have a chance to pop me. So learn to defend and don't get bitter when you lose. Defense is hard.
Good luck.

Limiting the number of high ranked garrisons won't fragment alliances anyway. Will just make some corps move its members to a nano probably. 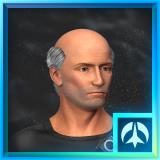 Large dominant alliances generally breakup due to boredom and "balance". You are CP we will farm you until that happens or you are strong enough to defend against us. In fact I encourage you to get XVII garrisons as quickly as possible because it means more CP for us.