Please uninstall any previous alpha versions first!!
This is the latest alpha test deployment of the new client for The Infinite Black.
Keep in mind this is an alpha test. It is not complete! It is missing most features!
You don't need to report what's missing -- We know. Just problems with loading, logging in, moving around, etc.
Android - Side-Load http://db.tt/5WRCGSGa
Settings -> Security -> Unknown Sources ON
Android - Google Play https://play.google.com/store/apps/details?id=theinfiniteblack.app
Mac OSX https://db.tt/4gxqv0Pe
iPhone / iPad https://itunes.apple.com/app/infinite-black-2.0-free-mmo/id808918474
Windows XP / 7 / 8 https://db.tt/4dqHTjnS
Linux https://db.tt/JfsdG4Q3 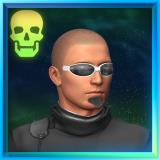 The Linux build is not tested -- Would appreciate feedback on how (or if) it works!

If you have problems loading (blank screen, no UI) you need to clear app cache, or do a full uninstall / reinstall.

Ok, looking good. So:
1) What's the progress on the ship equip menu?
2) Could you split garrisons/planets/intradictors/etc up into friendly/neutral/enemy as well for the entity lists? I'd rather keep me and my enemies seperate.
3) UI scaling is much better, but could we have a chat font scaling?
4) How is the side chat menu coming along, with online players and such.
Thanks! 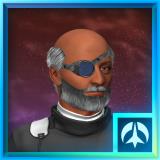 The Linux build is not tested -- Would appreciate feedback on how (or if) it works!


Running Linux Mint 16, Kernel 3.0.11-12 (on an ancient HP G70 Laptop with a Core2 Duo processor... :p )
The Linux client opens and works great! The loader program works fine--I tried all sorts of crazy resolution/quality combinations, including ones wayy outside my laptop's capabilities, and it didn't crash.
In the client itself, everything that works on the android client, works on the linux client. Logged into different accounts. Handled bad passwords gracefully. I resized the window multiple times, went into the settings menu and messed around with some stuff, targeted some npcs, followed my alt around (tap to heal messes up long-press to follow on both linux and android clients, by the way). In other words, my first initial attempts at breaking it were unsuccessful. ;)
Incidentally the "hide on map scroll" doesn't work as well as it did on the previous client. Seems I remember the entity lists appearing/disappearing pretty snappily before...it's just laggy now.
Love the mouse-sensitive scrolling/zooming, by the way.
Bravo! Glad to see you're putting something together for the linux folks as well! :)

I wasn't able to get the linux client to load on Fedora Linux 20. Just froze at a black screen and had to manually end process. I often have trouble with games though because I'm using the open source drivers instead of the Nvidia/ATI binary drivers.

Where i can activate the Hyper Drive in the new windows client? (The BlackDollar Button in Settings dont work...) And how do i change equipment of my ship? Before i was tapping on my ship and menue opens but now i click and it want repair my ship only? Oh and how i can sell stuff to a Starport? Is there a Client for the v1 Version for windows out now? Greetings 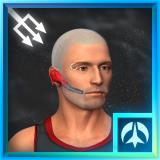 can you please in the next update make garries and ship menus? ty