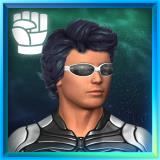 Most Newbies quit the game because they lack info on gear sets and no specific sites to guide them about specifics of sets. It would be a cool thing from your part if you allow Game vets to POST their preferred Sets with Graphical representation (PICs or Web articles) which players can prepare and you can ask your team to post on Spellbook-The Infinite Black Site(Webpages) for tasks Specific like FARMING / HOOK / BEAM / BFG / TECH / TANK / ROIDER SET etc etc as a guiding tool. 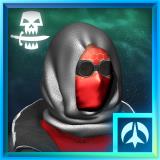 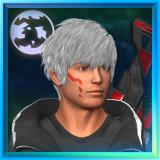 I have my What-to-buy-after-I'm-a-Millionaire screenshots on imgur I can share. Haven't used Elite 5s on most coz you need to be a billionaire to afford that and it's a whole another level.
https://imgur.com/a/PURI5Zr
Edit: WTB ulti viper xxv, termi beam pm me.

Old WhaleSong Site allowed us to do that on GAME's OWN SITE this new site doesnt lets us do that. Kinda gives feel like a KIM JONG UN (OVER Restriction Imposed) Site lolz 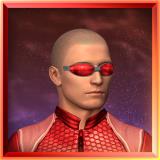 We've offered to pay people to make (quality) guides, and have paid a few people over the years.
Most of the guide submissions we've received very poor quality, rife with typos, grammar issues, etc.
We have resources online, but we can't actually make people read them.
If you think you can do better than what we and other players have done, go for it.
https://steamcommunity.com/app/489000/guides/
I challenge you to create the best guide out there.

As a new player, I will say I am finding this one of the hardest games to get invested in (interest not $). The guides shown above help, but all assume a basic game knowledge that a newcomer doesn't have. I'm a total noob, still trying to figure out the best configurations to farm in grey while I build up my pocketbook and figure the game out, what the differences are between common, rare, ultra-rare, etc. I'm slowly figuring this out, but not from any great guide, wiki or reference.
I don't mean this to sound harsh on the game itself, as it does look like it could be great fun. Assuming I get over the hurdles and get interested enough to stick with it. Right now I'm still a loner fumbling around the deep dark. Corporations are just names out there ... join one? How? Which one? Are there any differences between them? I've gotten a couple of random invites, but no one saying hey, you're new, we can help you.
Anyway, back to the deep dark and more weak drones. 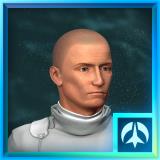 Is this not something that could be partially addressed by using Facebook? look at some game communities, and it can really help having such guides posted there, with regular updates, serious or silly ones, one that jumps to mind is TerraGenesis (Completely different style/format of game) but has a fairly active and funny community.
Have a lot of the same info and stuff that's here, but it's convenient, and with notifications, reaches members/players quickly, even those that have been inactive for a while.

Denrael
I'm a total noob, still trying to figure out the best configurations to farm in grey while I build up my pocketbook and figure the game out, what the differences are between common, rare, ultra-rare, etc. I'm slowly figuring this out, but not from any great guide, wiki or reference.


For me the best part about tib was no tutorials, no handholding, pretty much they just throw you into the game and let you figure it out. I used to sit at earth when I was bored farming and look at people's gears. What really helped was following other people and getting yelled at for smallest mistakes. ''No roids'', ''Stop spam healing while farming.'', ''Don't farm spacelanes.'', ''WTF did I just say about roids??'', ''Really? UR drill? What's even the point of that?''
And the most recent trend..
STOP HEALING NOVAS.
:chatlock
Yellow letters EJ or recall drones.
:chatlock
TL;DR: The best way to learn is by playing and spam pming someone till they give up and take you out to farm. 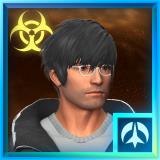 Challenge excepted! You rookies will have to to better than those weak ass guides....