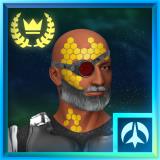 Have given u all a reasonable counter of every corp for this selfs event and u all are just as opposed to it as we are of this weekends event so guess we just going to disagree on everything . I'm not going to leave my corp for pew and most my corp wont either . I'm sure as hell going to try and crash ur party tho . I'll be damned if mods going to tell us how or when we can pew.


You got ideas, put em in motion.
Set something up, test it to see if it works, and present it as a player-managed, all-inclusive event to Spellbook.
If you can sell me on it working based on game mechanics and NOT server politics (because obviously Ozy doesn't care about 'cp bargaining power' or anything else that doesn't have anything to do with the structure and flow of game mechanics), then I'm fine with trying whatever you wanna try. 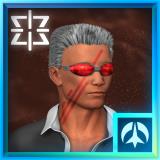 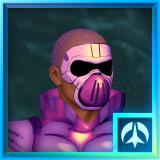 If you are a good driver come on the weekend and prove it instead of dribbling on here lol all talk no action.

We want to do something to liven up the game.......trilo has said he won't fvf anymore ......if dynasty don't pvp then game will die.......and like I stated if yall came up with it there be no complaints

If there's no pvp then ozzy should just open transfers again and let people play whatever server they want........it's idiots like you guys that's killing tib 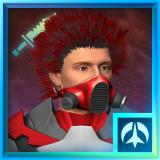 I never said I wouldn't drive pvp anymore... I said I would never drive scheduled pvp anymore. Not unless server dynamics are more balanced.
I did it for a while where dyn lost over and over because I did believe they where fun and kept server together. Despite the fact that it was not in my alli's best interest to continue.
Driving pews at a disadvantage for months that your alli always loses burns you out after a while and I got 0 appreciation from hs from me continuing these pews when I was doing something that was in their best interest. So I quit.
If hs really cares about rebalancing the server they will try to come up with solutions that all allis agree with. Until that happens I wont be driving any more big pews.
I don't speak for all of dyn when I say this. Maybe other dyn drivers would give scheduled pew another shot. Ask bahl or eclipse or goob maybe they wanna try. But Im our main big pew driver at the moment and after driving big pews where we lose for a month strait due to hs having mains advantage when we ask you to drop im done.
It was fun at the start. But until things are balanced thats where I stand.

Ok id lile to point out a huge problem and its literally the fact that dynasty isnt retaining thier players more dynasty players have left or taken a break or left than any other alliance in the game. Venom is actually thriving even with being a small alli probably do to the fact that they actually include new peeps in activities. Hs continues to grow cause well we actually help new players that show initiative gearing and getting them bigger ships. Also on average hs can fleet 60+ scheduled fvf we can easily make 100+ dynasty even at most with whats active can only do 80 max. Your alliance is actually turning away your players. Due to the drama. Yall r just deflecting the issue away from yalls poor leadership saying hs is killing the game. And this rant that small allis control cp bs that trilo is on about doesnt actually exist. It controls fvf only.

U all just dont get . WTf the point of pew of it's not ur corp getting skulls for it and ur not with the ppl u want to pew with . U think I want a driver telling me they need me to go to the other corp to even things up hell no. If u want everyone on server to be involved u make a corp only event or some shit like that .
BR is a solo thing wtf u mean it dont even come close to being the same as wat u all trying to do .


The point is we all can hang out on discord smashing each other like a big party bee.
It's not about who is to dog at that point. It's a bunch of friends having a blast. We were all on the same side once ....

All corps should have capable drivers .unless ur telling me there's corps around that have 0 carriers in it.
And for amounts pre fleet mains and alts would be no different then how u all wanting to run this weekend really . Smaller groups this area bigger groups this area . Stay in ur area or risk running into bigger better groups . Which wont matter much for smart ppl would be lots of groups of 20 running around so probably lots of fighting inside invasions.


You know as well as I do that owning a carrier doesn't automatically qualify you as a driver. That's a skill that takes time to build.
Some of these carriers are career techs. Some have only driven invasions and rifties.
Driving a PvP fleet is an entirely different ballgame... I'm sure Dynasty has folks in carriers that haven't driven a PvP fleet either... Are you saying they're failing you guys, too?
If so, that's pretty harsh.

So ur failing ur corp and ur self by not trying


So every last Dynasty carrier is a driver?
Why is Trilo driving nearly every FvF you guys have taken part in, then?
You're saying that Zunie, Cheetah, fr1endly, JDVADER, and the whole other slew of carriers that I've literally NEVER SEEN DRIVE A PVP event are just as capable as Trilo, Bahl, Chuck, or any other driver you've got?
Or, by your standards, are they failing you guys as well?