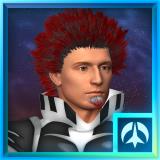 Ozymandias
I've had a rough few months, and unfortunately I'm the workhorse on this project.
I absolutely promise it isn't abandoned -- It's my top priority. I just have limited time I can sit at a computer, but it will get better. I'll have progress updates for you guys as soon as there's something to new to show visually.
There's a lot of progress on back-end stuff like networking and database, but it's just not interesting. "Today, and for the last two weeks I worked on database transactions." Yawn.


Ozy i think the thing is more of that we want to see real development being made. for example if you order pizza from dominos lets say, you get an update on when its in the oven when its being prepped and such. if you order a package it tells you where it is at and what type of transit it is in. If you look at dev logs for games that get updates you see that they will give regular updates sometimes weekly sometimes monthly. sometimes its boring shit like ''turned down damage by 17% and removed bug where you could disappear from map'' now that may sound boring but it still shows something is being done, if after 2 weeks you said ''hey we worked on database transactions to ensure that bugs such as X Y and Z dont occur that is so amazing and lets us know this is still happening and you havent gone ghost on us. Furthermore if you spare lets say 30mins on 1 day every 2 weeks you stop by tib and answer questions or just say hello and hang around say out of a 40 hour work week thats like 1.25% percent drop in productivity. I dont mean this to attack SB or you ozy however i am suggesting easy ways to show us any progress is being made to give us hope while minimizing losses in work for you, furthermore if people keep leaving because they believe you have abandoned us yet you show up and put in just a little bit to show you are still there then in net it will gain you profit as you have more people willing to play staying on your game.


yeah almost every post on forums is 2+ years old thats kind of a given. tbh i just kinda get bored sometimes and flick throug here, its not like its gonna change anything at this point but it is a good medium to vent about issues this game has 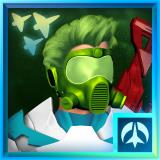 I will forever love The Infinite black and the amazing minds behind it. I wish i could personally give hugs to the whole spellbook team especially Mythra and cyric/Ozy for putting so much time and effort into this game. You are appreciated. You guys rock- DumbMule