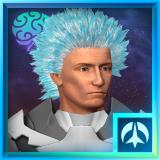 If and When the game server's upkeep becomes too costly to justify continue running it, I propose that you scrap TIBX all together and rework the current TIB to be an offline game.
With this proposal would be removing the diminishing xp cap and reworking the code to allow the higher stats that might come with those extremely high levels. Expanding the loot pool to Engines, Tech I-III CPUS, and Specials. Increasing loot drop % across the board of all rarities. A randomly generated auction house system that refreshes every 48 hours with 100 or so different items of a variety of rarities, set at credit prices determined by you.
Kill off combat point and claim point system and move the uses for them to the reward points system. Keep the engineering system as is to keep a use for Blackdollar purchases, which continue to tie into the rewards points.
Allow each character to create a Corp and Alliance. Make it work sort of like RoN where when you own an alliance planet you can deploy 8 separate garrisons to research to XX. Make each set of garrison perks stack together on your character. Terraform your planet up to Gaia V for daily repairs, carrier purchases, and the ability to place an item in it to augment it's rarity using npc resources. Replace the Blackdollar drops from invasions and rift invasions with Skulls to be able to skull gear for chance at boe or to use for extra perks to stack on your character for 24 hours. Add a 3rd map where every single npc in and out of invasions are Dread class.
Hard pill to swallow, kill off any form of multiboxing. Since these proposals would make Tib an offline game, each character you sign in will be placed into it's own little universe by itself against the endless amount of npcs.
Hardcore ships. Allow them to start at Earth. But make it truly Hardcore, one life and that's it. Poor met management or unlucky crits? Poof, gone, make another Hardcore character and try again. This here would distinguish the actual great TIB players from the rest.
"But what about my current level, ships, and gear?"
Each item has a set gear score attached to it. Create a gear score for each ship owned by an account in the current online TIB. Give an xp bonus for the total gear score of all equipped, inventory, and bank items as well as owned ships. Cool, now you're level 600; congrats, but you start in a shuttle at Earth with common gear just like everybody else offline.
Bring back death lockouts for non hardcore accounts. Pay bd to remove the lockout. With no diminishing xp and possibly higher xp payouts, make Ultis unequippable until level 50. Throwback.
The goal of the game would be to progress so far using the no level cap and stackable garry perks to solo the invasions of the 3rd map and whatever higher plateau you could come up with Ozy. With Blackdollar purchases still being viable to speed up the progression of accessing the carrier, augmenting gear, or getting a Wyrd Terminus through reward points.
Incentivize the Hardcore players. First Hardcore account to defeat a 3rd map invasion, Tracked through a new achievements system, gets some absurdly large reward; or immortalized in some form within the game.
If you read this far Ozy, Have a great rest of your day/night! 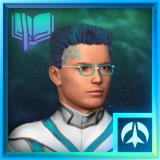 There is literally so many things wrong with this I don't even know where to start.
But probably the best way to respond to this is in 3 very simple words.
OH HELL NO.

TheMightyL
There is literally so many things wrong with this I don't even know where to start.
But probably the best way to respond to this is in 3 very simple words.
OH HELL NO.


I'm sure you and everybody else has wonderful ideas for when money dries up in Spellbooks pond. 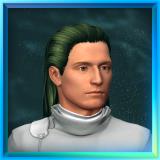 When I think off offline games. I think of games middle aged women play like Candy Crush or things like that. TIB definitely wouldn't work as an offline game haha.

Money won't dry up for a VERY long while.
And lets just say it did, Ozy would just work for himself, as he has said in a previous post, and he almost is now.
And RoN sever is still up right? And as you can see, its BOOMING with paying players that keep the server costs steady....its really not that much to run a sever.
And yes, everyone here has ideas. I have a WHOOOLLE LOT OF THEM! But wasting 1 hour of my life typing it all in just for Ozy to not see it, and let alone actually consider putting it in the game, just doesn't seem worth it until otherwise. 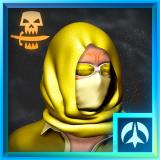 Tib is all about community...If it goes offline, it's finished. 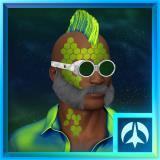 Doberman
Tib is all about community...If it goes offline, it's finished.

Reread what I wrote and take it back. I forgot RoN exists lol.


Must have slipped my mind