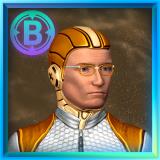 Hi. We seem to have many people retired from TiB and a dying game. The challenges that make the game interesting are few nowadays. Retired players will not return to the same-old-same-old, and new players start hopelessly behind.

Can you start a new server - players would start from scratch. I think you would find that a lot of TiB-retired players would come back in the fresh environment, and new players have a chance to start close to parity.

I'd suggest the following rules to ensure that the new server doesn't get politically locked:

1. No gear or credit transfers from the main, only BD transfers. Of course one can buy BD's (and they would, I think). This stops the new server from become front-loaded too quickly.

2. Corps should be cheap, but only 25 ships to a corp. This prevents political overbear, and it forces the population to develop skills rather than hive-mind mentality. It is likely that only 5-8 players would be in each corp, therefore, which is the whole point.

3. Alliances have 3-corp limit. Same reason as #2. You can set up your cluster with this, and the politics would be shifting more because there would be many more moving parts now. Yes, the 100 v 100 fvf would not exist, but it is extinct anyway on the main. Now there would be smaller hunt teams, smaller invy teams....SKILL BUILDERS.

4. No Carriers, or, if there are Carriers, remove their stun protection or let it allow a 2sec stun on them. The Carriers move fleets so the individual ships don't all have to be 2.0 and can instead be armored BFG's or DPS. But in a smaller game, you want small teams to be able to challenge a Carrier fleet, and a 2.0 small fleet cannot do that to a small Carrier fleet if the Carrier has complete freedom. By allowing a 2s stun on Carriers, the amount of skill requirement in small fleet interaction increases dramatically, for both offense and defense.

5. Consider making the map 70x70, at least for the beginning. Retires will come back for the fresh start, but the server won't have hundreds of players right away. Things might change after 3 months, and the map could be expanded if nec.

This new server should cater to larger numbers of small fleets, like 3-7 ships. Yes, it can still have larger fvf.

There is no way to start over in the current main server, and the politics are generally prohibitive of individual skill-building. A new server with these changes would bring back veterans and might keep the interest of new players. I suspect that many of them would buy BD's too, which would fund the server :)

TiB2 might come or might not. But a new, start-fresh server catering to smaller teams should be a big draw. And it should be easy to set up.

Have you heard the good word. Our lord and savior The Infinite Black 2 hath cometh!
Course its down now, stay tuned, july 1st (give or take 2 more days) :D