People are wanting more to do. (Server chat discussion) 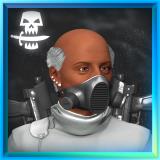 There was a server chat discussion the other night about random things in the game.

From the sound of it, the game needs more things to do within the universe. People are wanting some kind of quest system.

I have no idea how much work this would mean for your team, but randomly generated daily/weekly/monthly quests could be fun.

I'm sure other people can expand on this, but right now I'm flying around uni 4 and never leaving it. I level all 1million xp in 4. I have no reason to leave unless a player ask me to come help out for whatever random reason. Mostly to do an invasion or the occasional pvp skirmish.

Think about it, I'm sure as a company you want players logging in daily. You might even give the quests their own currency that could be traded in on credits or augmentation. Give players something else to work on other than a flat out xp grind. I'd recommend not making the quests something that would be mandatory for players to do to keep up with in the game, we need it to be fun and not something that would feel like a job thst we need to do each day to stay relavent in the game.

I'm not sure if this could work or not in this game, but its something to think about down the road.

Both TIB and RON definitely need a quest system. It has been on my list for years.
Unfortunately there always seems to be something higher priority, however. Hopefully that changes after the end of this year when my workload clears up.