Well it appears that the change to an exp cost rather than level has been popular and a success and I congratulate you on this move.

However it appears to me that this now leaves a couple of areas that frankly are fast coming redundant.

Firstly what is the point of levelling beyond 1million exp, if I read the reply to pman's post correctly then no further rewards are available. The only bonus being the passive stats, which while welcome hardly outweigh the advantage of an extra ep. I have a hard time finding a suggestion that does not include new gear/ship and therefore hard to make work in a balanced way and I assume be hard to do practically.Maybe an increase in passive stats, but again balance would be a problem. My only other thought being that the levelling rewards reset if you achieve a higher threshold of exp, say 3 million.

The other area is the higher universes. Previously you were forced to farm higher as your level increased, this was hard and I personally found above uni 5 impossible to solo. But now the fastest way to gain exp is through solo farming in 3 or 4. As players realise this fact the higher universes will become no more than a place to hide your Corp planet or to break gear. I personally enjoy farming 8 or 9 and prefer the solitude, but I think for the good of the game there has to be something available in 8-10 that can't be got from lower universes. The obvious answer being gear, whether new which I assume would be hard to achieve, or maybe a drop of an engine or special, this would have to be an extremely low chance or would flood the game, but would draw players to farm there again.

Thank you for reading my rambling thoughts it's back to farming for me now.

I think a significant loot and XP boost in the higher universes is probably necessary to make them attractive.

Good call and i agree. Seems unis 2 3 and 4 are flooded now because ppl have no need to go higher. Risk reward comes into play and would be good if higher unis had unique differences. Thanks for listening though. Game feels a bit refreshing with new changes. Keep them coming ive noticed a boosted population already :) 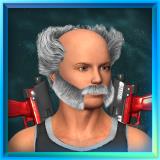 I think more xp loot and more res drops are a good idea but the npc difficulty needs to be raised as far too many can easily farm the high universes with the current difficulty setting. As far as npc stacking it should stay the same as it is now. At least make the difficulty from 7-10 what it was a few months ago when you changed it last. Back then i didnt see many in 7 without a full stack of ships let alone 8...it was a good thing...ships had to be geared well enough to survive the high uni...as it is now you only need a bunch of ships in any random gear and you can farm uni 9