Hey so it's been a while since I have last played Ron as I'm waiting for this new unity client.
But I was reading over the forum and unity was first mentioned by ozy on the 03/02/2016 - (mm/dd/yyyy)
https://www.spellbook.com/forum/?cat=4&scat=17&tid=2419&p=1#0_2419
I brought it back up in a new thread on 11/03/2016 which admittedly was close to the release date of that information.
But now it's 06/17/2017 and I get an email about a Tib2 kickstarter.
Excuse me but what happen to RON??
If I remember correctly Dire had its alpha, beta and release after RON unity was mentioned or maybe it was just after but either way are we going to have a RON unity before TIB2 is made??
I don't care about any other factors the question is
Will RON Unity be out before TIB2 beta ends?
If not can we have a promise from you ozy that after tib2 is finished in its beta that you will focus on RON?
The last update was 14th April 2016 which was over a year ago and that was to fix payment issues according to the Google play market. But next to no issues have been fixed which have been posted in the technical side.
I know your staff is currently 2 people working full time but maybe you should hire a contractor for PR to keep the forums flowing or maybe even an update once in a while

Oh i love how the forum sub topic of suggestions and ideas got removed. Just general and tech support. How ironic. So general talking... or if theres a tech problem... thats it

Both Rings of Night and The Infinite Black operate at a loss -- They are not currently profitable products and cost money to keep online.
That said, I'm happy to run them at a loss and will continue to do so for the coming years.
The players of TIB offered to kickstarter fund 5 months of new development for an expansion. That changes the equation.
Rings of Night is supported. The game is online, the client works, and staff are available to help with any problems.

Well would a rings of night expansion be out of the question? We do appreciate u keeping the game running of course but if both run at a loss why is everything always about the infinite black? As a only rings player these days apart from weekend x2s or the odd mod drop in it feels like we have been forgotten. Im no tech expert so are servers expensive to run? Because that is your only outlay now so if we could make small changes to drum up sum more support maybe you could make it profitable again? I know myself and some of my buddies have or would spend if there was a reason to. 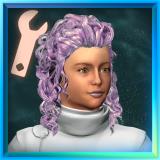 I realise i am just a nooblet around here. My playstyle is extreme carebear. But, i would like to say something.
When i played tib. I was a part of murder in WAY back when they first moved as a corp to the void. I cannot remember who was in charge at the time. But they lived a lil north of san diego..anywho. i loved being able to have an area behind the garrisons to farm. In RON we cannot do that.
I also HATE that there is essentially only "one viable" build in either game. 2 second jump or you are worthless/dead. In tib, unless you are established with a stack, multiboxing or at very least 2 sec jump, you are dead. I tried to get back into it. Slaughtered 1 jump out of grey.
Same in RON, because i refuse to play by the cookie 2 sec jump time. I have no one to farm with, no "safe" place to farm, and therefore it is over all not fun.
I did like tibs random mini bosses and enjoyed tib over all better than ron. But because i refuse to cookie cutter. I am left out.
Maybe these games are just not for me and my kind. I have made suggestions for different style of "techs" and of course my absolute love for fighters and a proper carrier, which i know will not happen, sadly. But i think having techs allowing different "styles" of ships may help add variety.
Some techs i ahve thought of (beside a true fighter carrier) could be things like, fleet boosting for faster repairing, shielding, faster firing, chance to find asteroids upon jumping. Damage boosters, gravity manipulators to reduce fleet damage taken.
Maybe even a distress beacon tech. When a ship is under attack, there is a chance they can call there local npc pirate to assist them. This could help solo players.
A few weeks ago i tried for 4 days straight to join a corp in ron. No one would take me in. Perhaps it is my casual never go red reputation.
I have thought about trying to form a pve only corp to help new players join the game and get a feel for the game and for more casuals like myself. But it is hard for a solo player, and someone who is on a fixed income since wifey became disabled, so cannot put money into gaming like i use to. Also, honestly, i am not convinced we would not get steamrolled by the pvpers since garrisons/planets can always be attacked.
Just one carebears opinion.

Pm me in game if u need a corps

Pm me in game if u need a corp 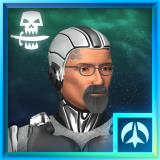